Main board view with orders for the Austrian power 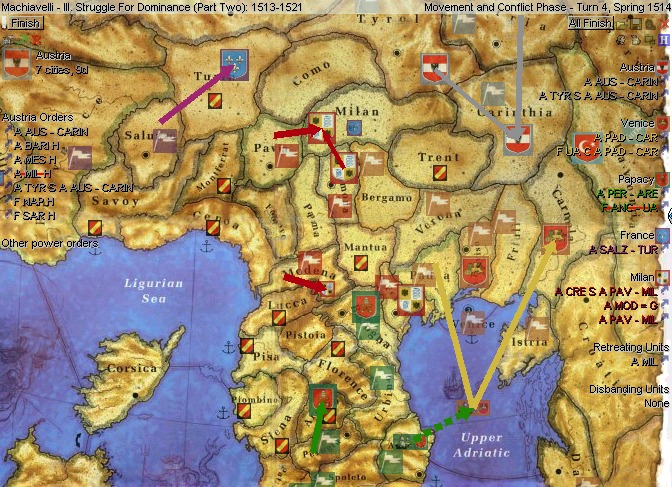 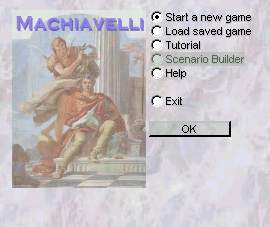 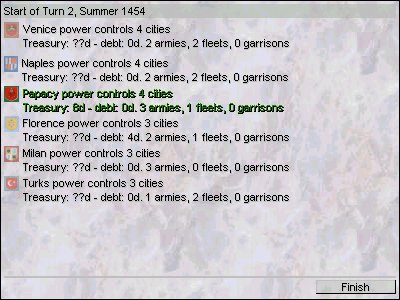 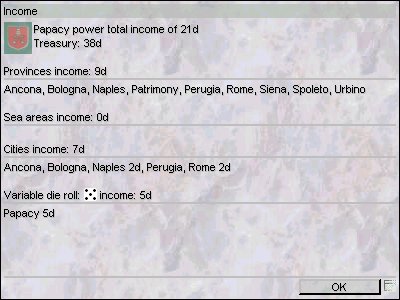 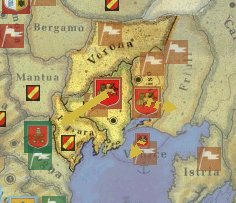 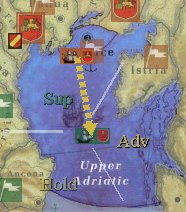 Papal excommunication of a power 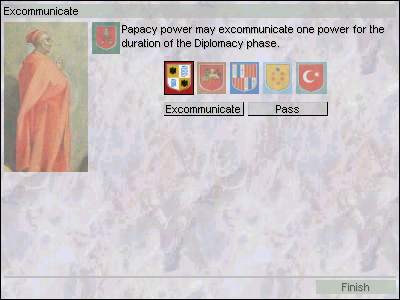 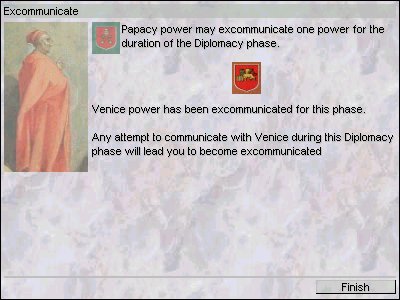 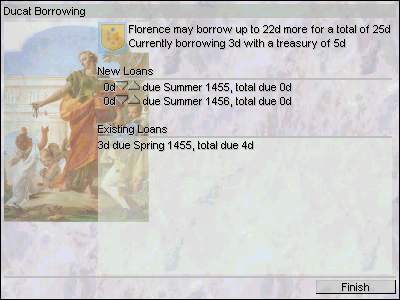 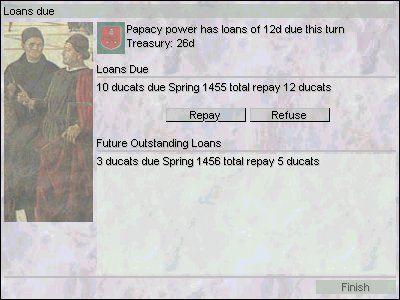 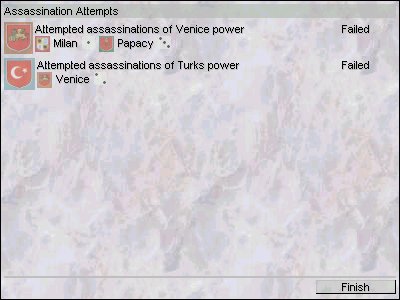 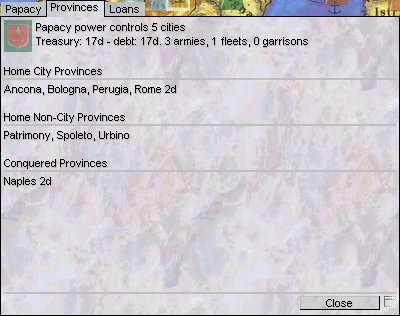 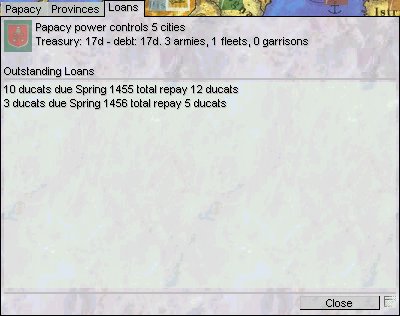 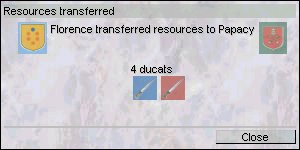 Turn actions and trends amongst the powers

User chat between one or more powers 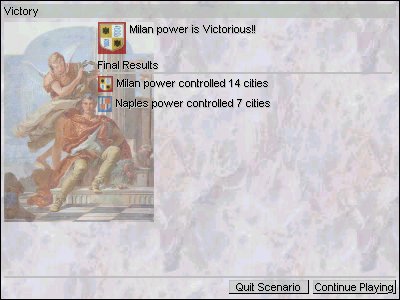 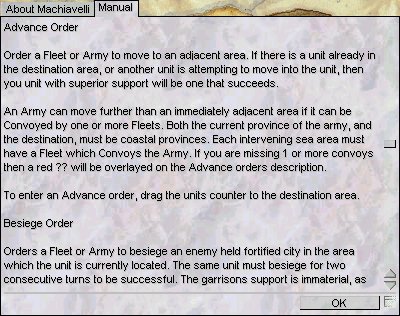 Multi-user turn based strategy game set during the Renaissance period. Players control city states whose ultimate aim is to reunify Italy, through military and diplomatic efforts. Based on the Diplomacy game with additional factors of the age; finances, plagues, famines, assassinations, the papacy, economics, loans and special units.

The current version supports all the basic/advanced/optional rules from the boardgame, hotseat and network play, saving/loading, tutorial, manual, history of past actions and game board state and support for alternative scenarios.

If you are interested in developing similar strategy games of your own please get in contact. I have had a first stab at a Dolphin Smalltalk library/framework for creating similar games which you might find educational.

This adaption has been a private development, and is not associated in any way with Avalon Hill or Hasbro Interactive.
Machiavelli and Diplomacy are trademarks of Avalon Hill.